Already know what you want ?

If you arrived here then there is a good chance you might already know what you want and have a basic understanding of the Tor network. We can provide custom services to setup systems only accessible through Tor. Perhaps you wish to host your website on the Tor network or seeking advise on the best configuration or hardening of your system. We can also provide managed Tor hosting services.

The following parts are a quick intro taken from Wikipedia. They barely scratch the surface of this type of technology and related features !

Onion routing is a technique for anonymous communication over a computer network. In an onion network, messages are encapsulated in layers of encryption, analogous to layers of an onion. The encrypted data is transmitted through a series of network nodes called onion routers, each of which “peels” away a single layer, uncovering the data’s next destination. When the final layer is decrypted, the message arrives at its destination. The sender remains anonymous because each intermediary knows only the location of the immediately preceding and following nodes.

Tor aims to conceal its users’ identities and their online activity from surveillance and traffic analysis by separating identification and routing. It is an implementation of onion routing, which encrypts and then randomly bounces communications through a network of relays run by volunteers around the globe. These onion routers employ encryption in a multi-layered manner (hence the onion metaphor) to ensure perfect forward secrecy between relays, thereby providing users with anonymity in a network location. That anonymity extends to the hosting of censorship-resistant content by Tor’s anonymous onion service feature.[28] Furthermore, by keeping some of the entry relays (bridge relays) secret, users can evade Internet censorship that relies upon blocking public Tor relays.[79]

Tor can also provide anonymity to websites and other servers. Servers configured to receive inbound connections only through Tor are called onion services (formerly, hidden services). Rather than revealing a server’s IP address (and thus its network location), an onion service is accessed through its onion address, usually via the Tor Browser. The Tor network understands these addresses by looking up their corresponding public keys and introduction points from a distributed hash table within the network. It can route data to and from onion services, even those hosted behind firewalls or network address translators (NAT), while preserving the anonymity of both parties. Tor is necessary to access these onion services.

Onion services were first specified in 2003 and have been deployed on the Tor network since 2004. Other than the database that stores the onion service descriptors, Tor is decentralized by design; there is no direct readable list of all onion services, although a number of onion services catalog publicly known onion addresses.

Located in Europe, a modest band of IT / Privacy specialists, decided to start in 2005 multiple offshore services for everyone who is seriously concerned with anonymity and security. All our services can be paid anonymously. We have together a long solid history in IT / privacy, operating in a wide range of scenes for our clients. It doesn’t matter if you’re in need of a small or large service, we respect your wishes and treat you with a personal approach. 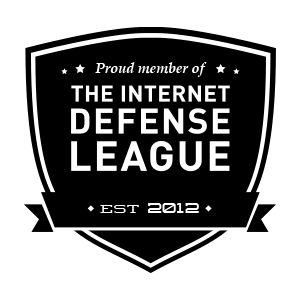